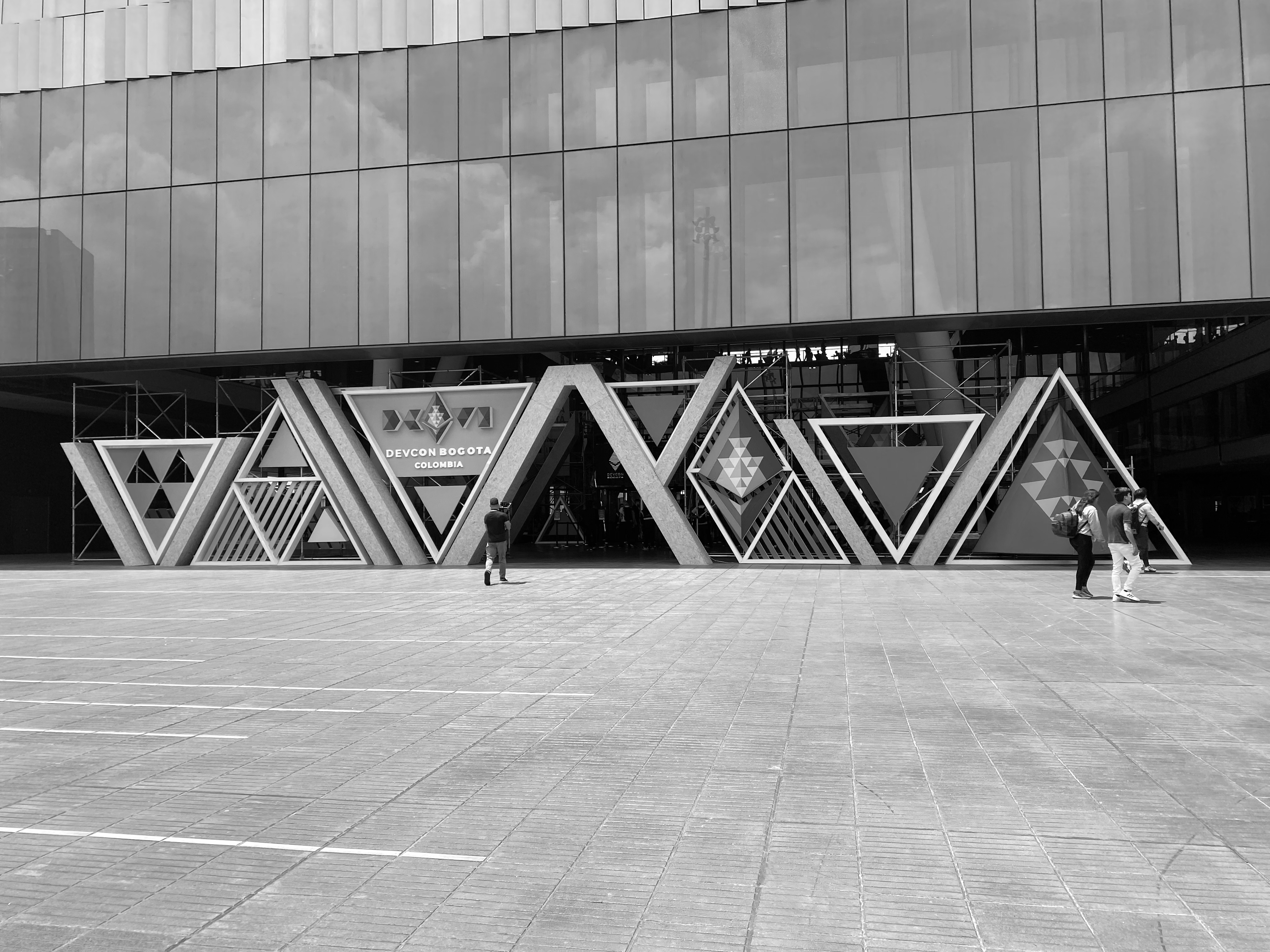 Crypto and Web3 enthusiasts congregated in Bogotá, Colombia, last week for Devcon VI — arguably one of the most important conferences in the industry. 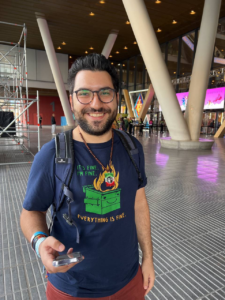 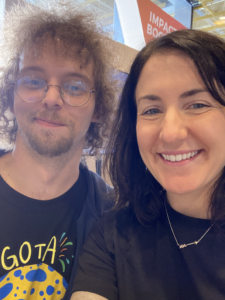 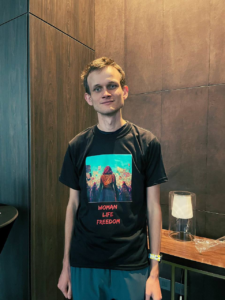 Ether Capital CTO Shayan Eskandari and Director of Communications Ashley Stanhope went to connect with the Ethereum community and hear about the latest developments in the space. The conference returned after a three year hiatus due to the pandemic, so there was a lot of catching up to do. Here are six things we took away from Devcon VI: 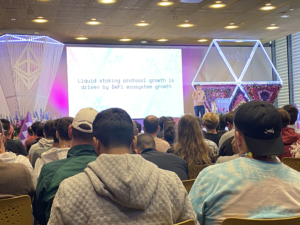 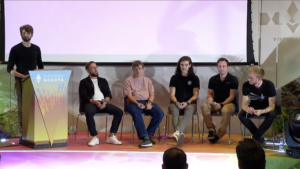 Now that the dust has settled following the Merge, many of the talks focused on the different ways to stake ether (ETH) and earn rewards. The switch to Proof of Stake (PoS) levelled the playing field by allowing more people to participate in validating transactions and securing the network.

Lido’s co-founder Vasiliy Shapovalov made a case for staking with a liquid provider explaining there’s no minimum requirement to stake and users can rehypothecate their assets to participate in DeFi and other on-chain activities. Lido and alternative liquidity providers like Rocket Pool offer an ERC20 staking token (essentially an IOU) on a 1:1 basis for every ETH a user deposits. However, there are a couple things to consider when it comes to liquid staking.

The risk of centralization 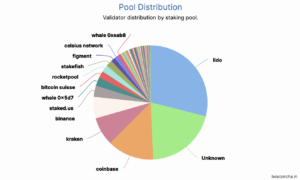 More than 65% of Ethereum nodes are hosted on centralized servers and Lido has the lion’s share of staked ETH deposits (29%). There is growing concern that centralization harms the network by making it less resilient and introduces single points of failure. Stakers also do not have control over infrastructure so they are subject to slashing penalties if something goes wrong with a liquid staking provider’s validators.

Other options include using a service provider like an exchange or staking independently. Both have their pros and cons. Staking with an exchange requires you to stake ETH and keep it locked up until the Shanghai upgrade takes effect (expected in the next six to 12 months). Service providers are easy to use, but they do take a percentage of your staking rewards (i.e. Coinbase takes a 25% cut).

Solo or independent staking is important to the decentralization of the ecosystem, something we atEther Capital strongly believe in and support, but it requires technical knowhow and a proper infrastructure setup. Although users are able to keep all of their rewards, a hard upfront cost of 32 ETH is required in addition to consistent software upgrades and a reliable Internet connection. Solo stakers can also be targets for denial of service (DoS) attacks, which is why many people opt to go with staking service providers.

Here’s a link to a panel that took place during the conference on small and independent stakers that’s worth checking out.

2. Breaking down ETH supply since genesis 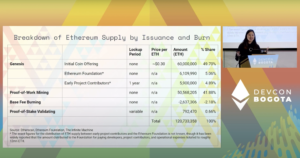 One of the more difficult things to grasp is exactly how much circulating supply of ETH there is. For years investors have said that Ethereum’s native token does not hold up as a store of value because unlike bitcoin there is no finite supply. When it comes to BTC there will only ever be 21 million in existence, but Ethereum has always been a mystery. During one of the talks, Christine Kim, Research Associate at Galaxy Digital, took us back to the early days of Ethereum’s ICO and explained how much ETH has been in circulation since the network launched in 2015:

Kim also touched on the reduction of ETH issuance since the network shifted to PoS. She emphasized the biggest winners of PoS are large ETH holders who are in the best position to profit now that the Merge upgrade is complete. “If you’re not staking your ETH, you’re essentially getting diluted,” Kim said.

Considering only 12% of total ETH supply is staked on Ethereum, developments need to take place at the protocol level for confidence to grow. Kim believes we’ll likely see staking deposits increase once the Shanghai upgrade is enacted. 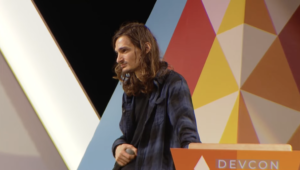 Maximal Extractable Value (MEV) is a hotly debated subject because of the concerns around censorship and the fact end users can be vulnerable to things like sandwich attacks or frontrunning. MEV refers to miners or validators orchestrating which transactions to include in blocks to maximize profit based on the more expensive transactions that are in the mempool (where all pending transactions exist before they are verified).

Under Ethereum Proof of Work, MEV was controlled by an opaque, smaller group of people known as miners. They not only validated transactions, but proposed (built) blocks that were added to the blockchain. The benefit of MEV under PoS is that it takes Ethereum one step closer to network modularity by introducing the Proposer-Builder Separation (PBS).

The PBS helps decentralize the process by introducing a new group of participants called “builders” who submit an ordered list of transactions that become the main payload of the block. The proposer’s job (i.e. validator) is only to accept the block with the highest bid. The idea is that the proposer (and everyone else) does not learn the contents of any block body until after they select the header of the block that wins the auction. This eliminates the possibility of validators cherry picking transactions based on the more expensive transactions to receive a higher reward. To find out more about PBS, make sure you check out the Updates on Proposer-Builder Separation talk — it was a good one.

4. Zero-knowledge proofs: What are they and why do we care? 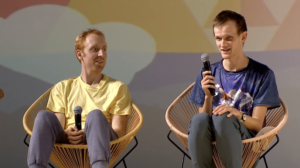 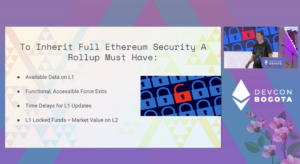 Scalability is paramount if Ethereum is to go from processing 13 transactions per second to 13,000. Enter zero-knowledge proofs (ZK proofs) — a way for users to prove or submit information including transactions that become verified without having to disclose private information or have it be revealed to the verifier. ZK proofs also compress data off-chain to take pressure off mainnet and improve throughput.

The concept is popular among cryptographers and was first introduced in a 1985 paper, “The Knowledge Complexity of Interactive Proof Systems.” Fast forward to 2022, ZK proofs are front and centre as companies and developers try coming up with new ways to scale Ethereum. Vitalik Buterin, co-founder of Ethereum, also believes that in the next 10 years, ZK SNARKs (a type of ZK proof) will be as important as blockchain.

We recommend checking out “ZK Proof Performance and Security Metrics” to learn about the different types of proofs and how they operate.

5. The state of regulation 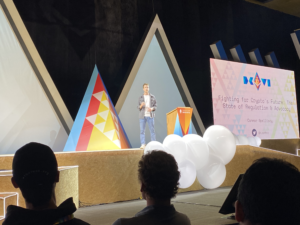 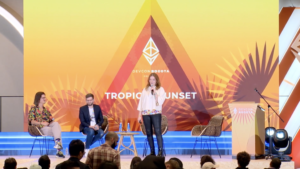 One of the biggest concerns to those in the industry is legal clarity when it comes to DeFi and how regulation could have a far-reaching impact. Connor Spelliscy, co-founder of the Canadian Web3 Council, spoke about why advocacy matters in shaping new policies and frameworks that can help guide the market. Western governments are accelerating the pace at which they are regulating crypto and Spelliscy said within the next three months, we could see a bill passed in the United States that could ban much of DeFi.

It’s important for developers to keep regulation in the back of their mind during the R&D phase of their projects or risk a bifurcation of the space, something we emphasized during our talk at ETHNewYork. It results in time and effort being placed on products that have legal ramifications and could eventually be deemed offside.

6. Things to consider when building a DeFi product 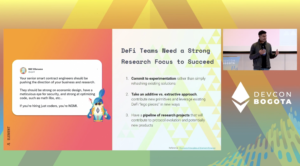 Developing a DeFi product isn’t so different from the Web2 world. A roadmap is essential and teams need to not only focus on R&D but commit to an experimentation process, according to Alim Khamisa, Product Manager at Element Finance.

A pipeline of research can guide the development of a decentralized application (dApp) or lead to new products and/or services. Total Value Locked (TVL) is a common metric when evaluating dApps, but Khamisa said it shouldn’t be the only source.  Like in the traditional world, anonymized data collection and feedback can be vital to product development in DeFi.

Keeping up with the pace of change

If you feel a bit lost, don’t worry — you’re not alone! The industry moves at lightning speed, and we want to help. Please reach out to us if you have any questions about Ethereum or staking. You can also sign up for our corporate updates and newsletter where we cover the latest industry news and developments. While we can’t provide specific investment advice, we are here to help guide you in the right direction.