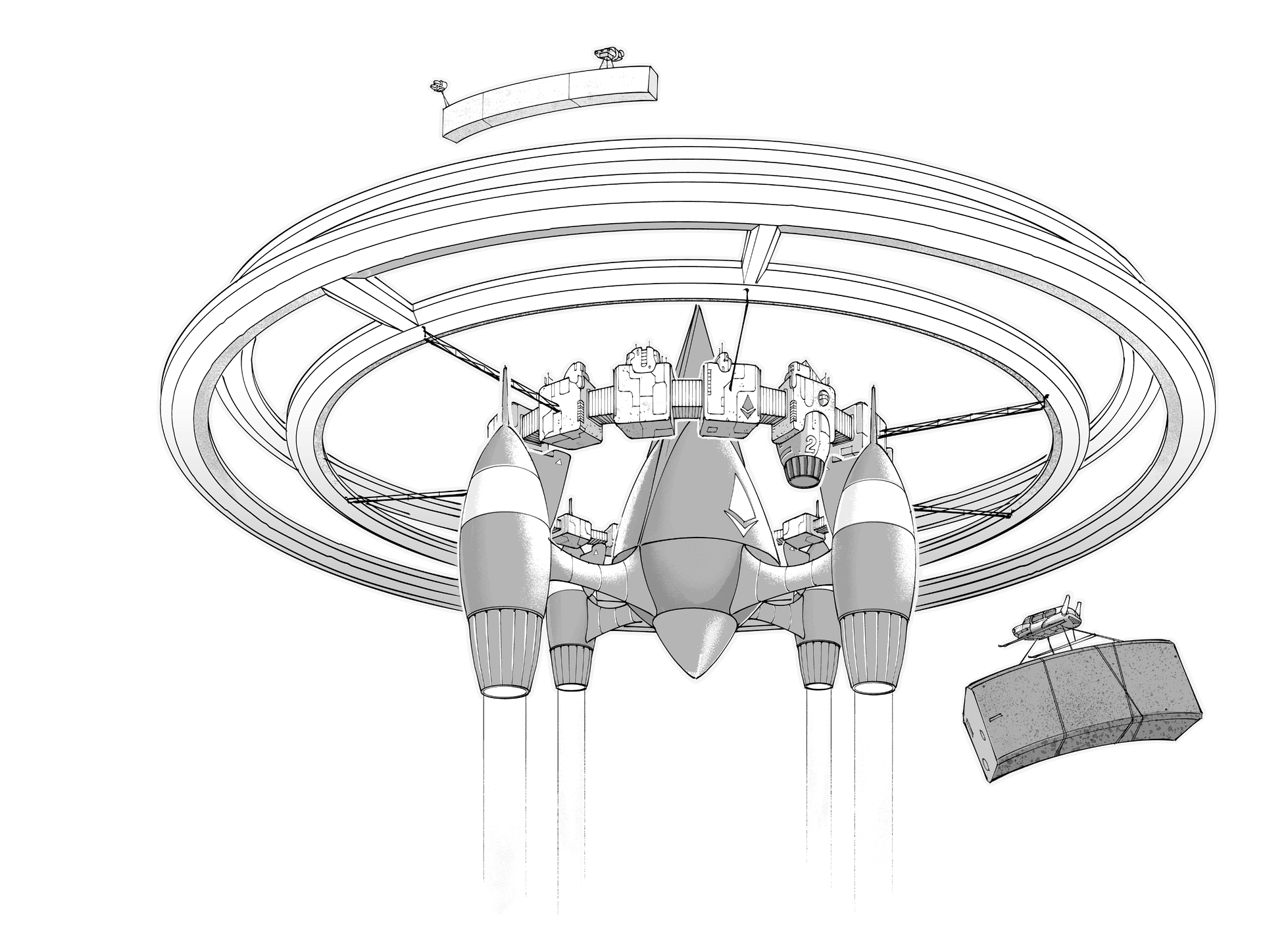 It has been one of the most talked about events in crypto for years now. The moment when Ethereum changes the way it validates transactions resulting in a more secure, eco-friendly and soon-to-be scalable blockchain. Here’s the breakdown on the critical upgrade that has been dubbed “the Merge” and what investors need to know:

What is the Merge?

Ethereum currently operates under a Proof of Work (PoW) consensus mechanism, which means individuals, also known as miners, operate powerful computers worldwide and compete to solve cryptographic puzzles. The first miner to propose a solution creates a new block filled with transactions that gets added to the blockchain. Once the Merge takes effect, Ethereum will abandon PoW and opt for a Proof-of-Stake (PoS) consensus mechanism. As a result, ether holders become validators and stake (lock up) their assets as collateral in exchange for the ability to verify transactions.

Are there two separate chains?

The short answer is yes. There is the PoW chain where all activity currently takes place and a PoS chain that was launched in late 2020 that only has staked ETH deposits. In order to successfully merge the PoS chain with the PoW one, it needs to be done in stages and requires lots of testing and research. More than US$37.5 billion in ETH has been deposited on the PoS chain since December 2020 — a sign of faith that ETH holders are bullish on the Merge that’s expected to take place in a matter of weeks. Validators can also expect to withdraw their staked ETH in a future upgrade that will be implemented roughly six to 12 months following the Merge.

We believe the target date for the Merge is less important than developers taking time to get it right. Ethereum is a ~US$200 billion protocol at the time of writing, with a thriving economy of users and builders. Some other blockchains have had the advantage of using PoS from the beginning, where Ethereum is about to undergo arguably one of the most complex transformations in the history of crypto. Years of research and testing have gone into making this possible without sacrificing security and user experience. There will be no downtime during the transition to PoS — and as Tim Beiko from the Ethereum Foundation recently told us — it will happen in a matter of 12 seconds.

What does it mean for ETHC shareholders and ETH investors?

First, Ethereum will be secured with capital rather than energy. For validators’ contributions to the network, they are rewarded in newly-minted ether. This transforms ether into a yield-generating instrument that will democratize the validation process allowing more people to participate by staking their assets. The current APY is ~4.06%, which will vary at times post-Merge depending on many factors including network usage.

Second, there’s expected to be a 90% reduction of ether issuance. This is because there’s no longer a need to compensate miners for the significant overhead cost involved in running their computers (i.e. electricity bills). Under PoW, there’s approximately 13,000 ETH issued per day to Ethereum miners vs. the expected 1,600 ETH that will be issued to validators under PoS. Validators will still receive an attractive return by staking their assets, but since there are fewer hardware requirements under PoS, the network is able to reduce issuance.

The switch to PoS will also cut energy usage on Ethereum by 99.95%, making it much more attractive to users and investors with environmental, social and governance (ESG) issues top of mind. Under the current PoW model, the energy consumption of Ethereum (~112 TWh/yr) is comparable to that of the Netherlands, with a carbon emission similar to Singapore (53 MT/yr). Running a validator can be done on a modern desktop computer and adds up to an estimated ~2.6 MWh per year.

What does Ether Capital think about the Merge?

To sum it up, we are very bullish on Ethereum’s switch to PoS and believe there’s significant upside for both ETHC shareholders and ETH holders.

When we started Ether Capital in 2018, we bet that Ethereum would be one of the greatest assets of our generation; something we still believe to be the case. The move to PoS will further solidify Ethereum’s position as a global clearing house and settlement layer for a wide-range of activity.

This is an inflection point for the entire industry and we expect more institutional capital to enter the space that has been sitting on the sidelines. This factors into our decision as a company to focus on staking more of our ETH and building infrastructure to support Ethereum’s robust ecosystem. Our shareholders will also benefit from having direct access to cutting-edge developments taking place on the network with a board and management team made up of traditional finance executives, crypto natives and venture capitalists to guide the decision making process.

As we mentioned above, another key benefit of the Merge is that long-term ETH holders will be able to put their assets to work by staking. Despite currently needing 32 ETH and sufficient technical knowledge to run an Ethereum validator, ETH holders can join a staking pool and capture a yield without having to fork out US$52,000 (calculated at today’s price).

ETH will also become a deflationary asset post-Merge as issuance drops significantly. Bitcoin’s 21 million supply cap has long been a selling feature for the cryptocurrency that investors have put their weight behind because of supply transparency. With a drop in ether issuance, increased staking deposits and a portion of transaction fees being destroyed (introduced in an Ethereum upgrade called EIP-1559 that was implemented last year) we could see upward pressure on the price of ETH. Some analysts also predict we are not far off from the “flippening”, when Ethereum surpasses Bitcoin in terms of market capitalization.

The eco-friendly curb appeal that Ethereum will soon offer under PoS is also likely to lead to more institutional and retail adoption, especially by those with strong ESG mandates. Not to mention, security enhancements as a result of the Merge will help prevent attacks that spam and crash the network — something Ethereum’s co-founder Vitalik Buterin highlighted during a crypto conference in Paris in July. This alone could lead to more use cases and developer activity based on the security properties of Ethereum once the Merge is enacted.

Competing PoS blockchains will also have the added challenge of trying to find new ways to steal the spotlight away from Ethereum that end users and developers have already decided is the platform of choice. With the addition of roll-ups and other scaling solutions that could lower the cost of transactions, it makes it more difficult for rival Layer-1 blockchains to maintain their value propositions.

Continual upgrades including staked ETH withdrawals and scalability will be the primary focus for Ethereum developers over the next several months. The community has a knack for adopting peculiar terms for projects or events that take place in the cryptosphere. The “Surge”, “Verge”, “Purge” and “Splurge” are future upgrades and part of Ethereum’s long and complex roadmap to Ethereum 2.0 — an enhanced blockchain that will have a secure base layer and the functionality to support a wide-range of activity. Infrastructure quality and security are two things that Ethereum developers have never compromised on.

If you’re looking for more written content on the Merge and other topics related to Ether Capital or Ethereum, we recommend you sign up for our newsletter! (we promise not to spam you)

This blog post has also been published on our Medium page that you can access here: https://medium.com/ether-capital-blog/everything-you-need-to-know-about-the-merge-61515b32203d